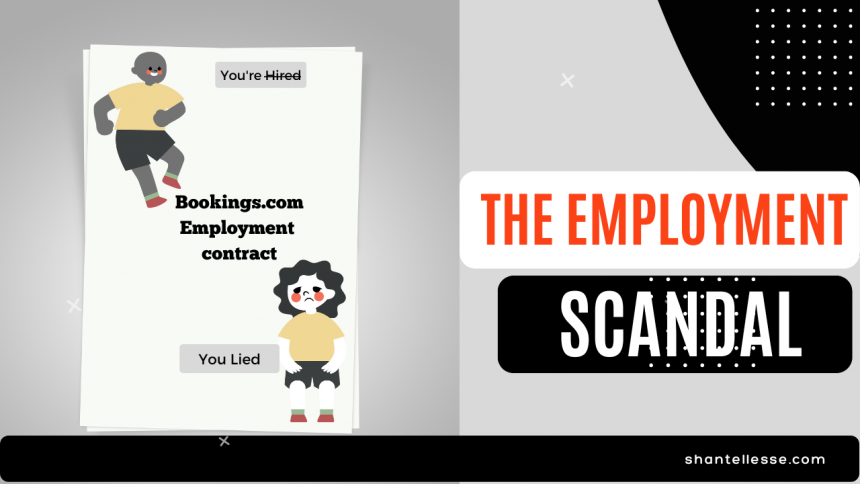 A series of LinkedIn posts have placed popular travel agency, booking.com, in the middle of an employment rebuttal scandal.

LinkedIn posts from Maede Rajabi, a Lead Product Manager, and Mahshid Hassanpour, a Software Engineer, went viral, early October, with the pair, calling out the travel agency for rescinding on the employment offered to them because they were from Iran.

Although the company put out a public statement, citing their reasons to be due to “complexities in international recruiting processes and conflicting laws”, the victims say the company has refused to respond to their emails or give reasons for their actions.

The victims, 11 in total, have pleaded for their voices to be heard. I had a chat with Maede and she gave details about how the events unfolded.

Where did you work before applying to bookings?

SnappFood which is the delivery company in Iran, before that I worked for Alibaba Travels which is Iran’s greatest OTA.

An initial call with a recruiter, 2 technical panel interviews, first one with 2 group product managers that include a live case study and second one was with two senior product managers. The last interview was with a product director who was supposed to be my direct manager.

No, I didn’t get any sign that they don’t like me or something like that. They were all very professional. During the recruitment process I was in touch with Recruiter and related teams and they treated me professionally. Even a day before I received the cancellation email from Booking.com, we talked with my hiring manager and agreed to meet on my first day of work and I would pick up my laptop.

But after I received the withdrawal email, no one answered my emails. I asked them about the reason. This shows that these people were under pressure not to answer my emails. It seems that telling the real reason for this decision is expensive for Booking.com or something that they are ashamed of.

How long did it take for you to get the offer?

What was the job you were offered?

How did you feel when you got the offer?

What did you do after you got the offer?

I started the visa process with Booking.com partner Hillbrook.

Did you reach out to them after you got a Rebuttal of employment?

Yes, They didn’t answer to any of my emails till now.

How has life been for you?

Yes, we are 10, all iranian. My case is the worst one however the scenario was the same, I was the one with tickets to Amsterdam and my start date was very close. After my LinkedIn post on the same topic went viral, a representative from Booking from their PR department ( I am not sure the booking representative that called that day was from PR department or the other department) called me and explained that this decision was due to the sanctions against Iran and that it was difficult for them to hire from Iran so they don’t do it anymore.

He also told me that they need at least a month to find a solution to compensate me. I asked him to send an email to me and explain the reason and their plan for the future. they didn’t do that till now. I am still not clear what the sanctions issue here is and why it hasn’t affected previous Iranian candidates. Booking.com representative didn’t explain this clearly.

What are your plans now?

I am not sure yet. If I had not raised my voice, they would have never contacted me and provided only one explanation. I heard from a lawyer in NL that there is a law in the Netherlands that in a situation like this, the employee has only two months after the cancellation of the one-sided contract by the company to file a legal protest, and considering that in my case, one month has already passed since the cancellation of the contract. Booking.com wants to buy another month for itself.

Until then, the media side of this story will fade. There are many companies that hire from Iran despite the sanctions against the Iranian government. Also, according to the sanctions claim, the sanctions only target the government and are not supposed to be against the people of Iran. I would like to emphasize, all my relocation work was done and even the required appointments in the Netherlands were scheduled and all of them were canceled after receiving the contract cancellation email.

So, I think the argument that hiring from Iran is difficult for Booking does not seem to be a correct argument, and apart from all this, the moral obligation that Booking has violated is questionable alone. It is not clear which clause in the sanctions Booking refers to, which makes him unable to hire from Iran.  Even if there is such a clause in the sanctions that European Union and American companies will be included in the sanctions if they hire Iranians, and Booking has decided not to hire Iranians in order not to reduce or stimulate the company’s profit, this is discrimination.  and caused by a discriminatory law, and also it is against booking value of diversity.

They still didn’t send me a written explanation by email and their afraid to speak clear about this subject. 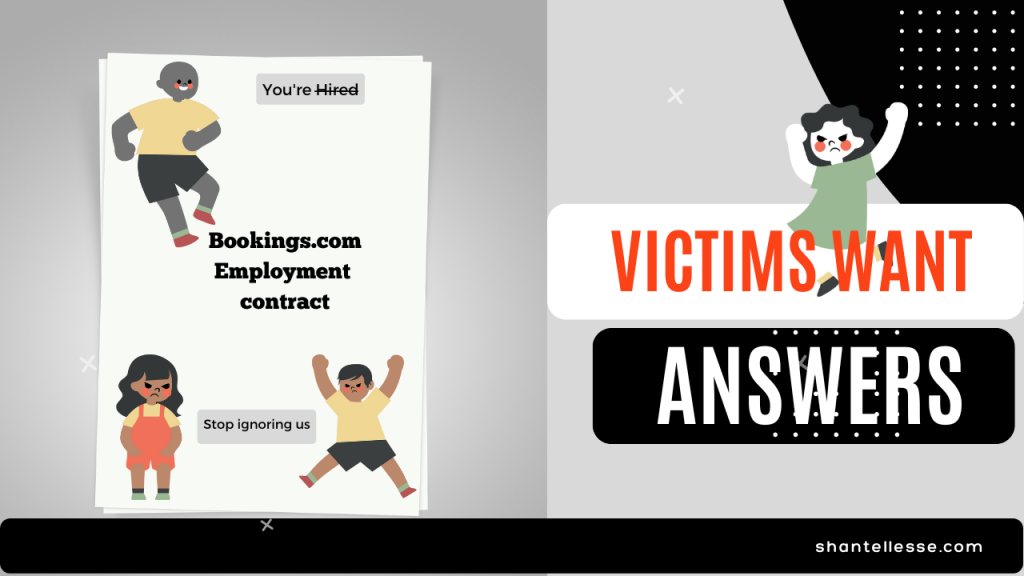 Speaking on the issue, Danae Shell, Co-founder and CEO, Valla, painted a scenario, relating it with UK employment rights.

“In this case, race. So if the job offer had been pulled because of the applicant’s race or nationality, that would be cause for discriminatory behavior on booking.com’s part. The second part relates to the breach of contract. Usually, a job applicant, once successful, would sign a job contract.

“If that contract had been signed and the position had been reneged, there might be language or a clause related to the situation in the contract. If it doesn’t exist, then the applicant could cite a breach of contract.

“Now the only thing about the discrimination part is the right to work. As the LinkedIn post refers to an overseas applicant, it would be difficult to bring a discriminatory claim citing race as the company might go back and cite the right to work in the UK.”

I messaged bookings.com to request their own account of things but I am yet to get a response from them.

49 thoughts on “BOOKING.COM EMPLOYMENT REBUTTALS – A CRY FOR HELP”